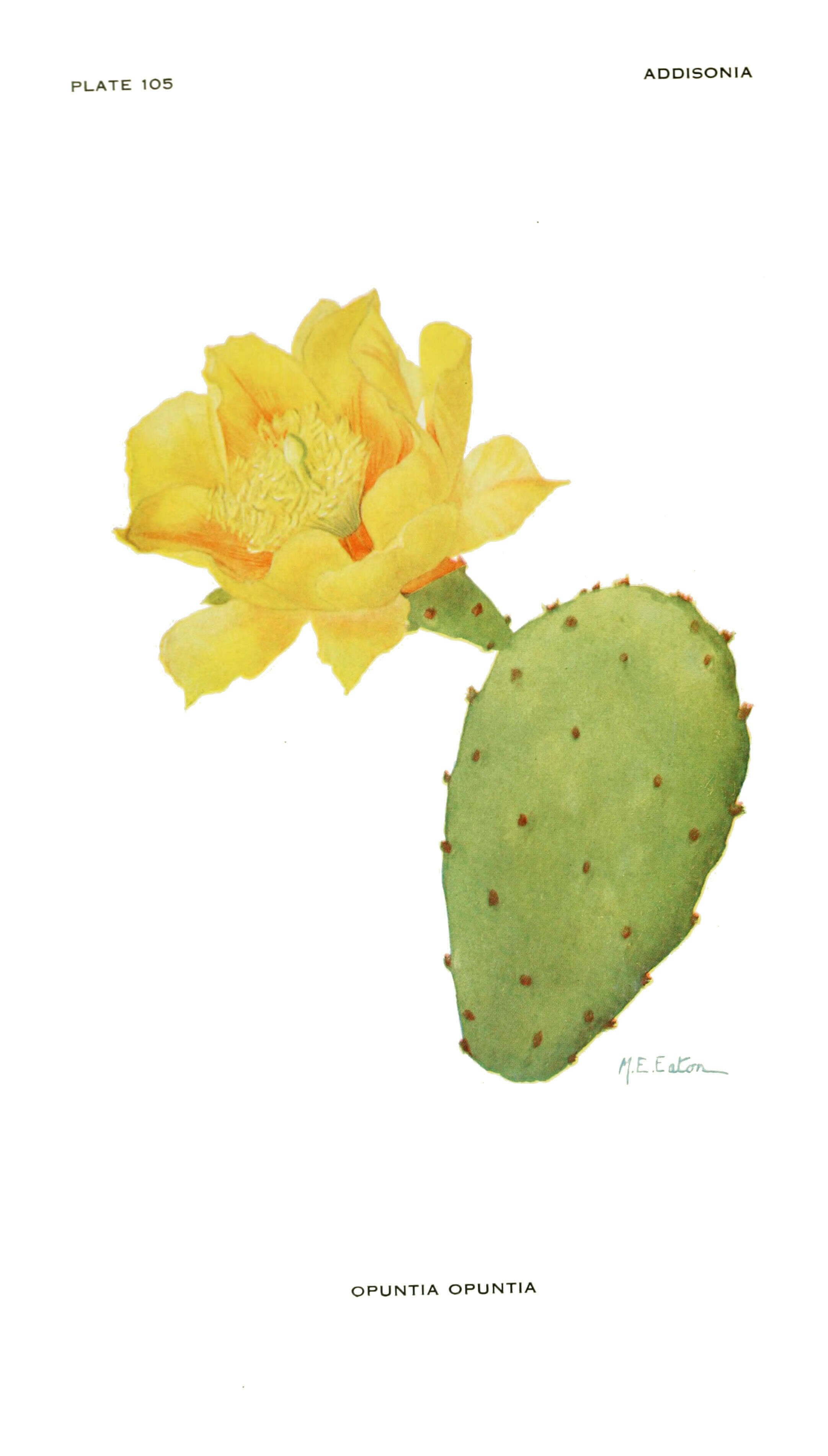 Opuntia humifusa (Eastern Prickly Pear) is a species of shrub in the family cacti. They are succulent plants. They have a self-supporting growth form. They are listed as endangered by COSEWIC and in cites appendix ii. They are native to The Contiguous United States, Eastern North America, North America, and United States. They have simple, photosynthetic stem leaves. Flowers are visited by Agapostemon splendens, Eastern Carpenter Bee, Texas Leaf-cutter Bee, and Common Long-horned Bee. Individuals can grow to 0.22 m.

EOL has data for 20 attributes, including: